As sales of electric bikes take off around Europe, Northvolt caught up with Jonas Netterström, CEO of Cycleurope to gather some perspective on what’s behind the trend that’s set to make streets cleaner and quieter, and people healthier and happier.

We’ve heard estimates that some 30 million e-bikes might be sold annually across Europe by 2030 – how have we arrived at the point we’re at with e-bikes today?

The first e-bike was launched in Italy around 1998, but the market was not quite ready. The situation is very different today – with the environment and sustainability so important, and climate change pushing us to change and improve how we move in cities, people look at e-bikes very differently.

Pedal assist cycling is seen as a new product, a clean solution, and it’s really encouraging a lot of people to get into cycling. Many people that might never consider regular cycling are in fact happy to get into e-biking.

So, it’s a really a lot of factors, but I’d say that health, environment and pollution are some of the most important factors pushing people to adopt e-bikes. People want to lead healthier lives and contribute to reducing pollution in cities. An e-bike does both of those things, as it means avoiding a car, or public transport, and also saves a household a lot of money, so it’s an attractive idea.

Would you say that e-bikes are here to stay?

Absolutely – there’s no doubt about that. The sales in recent years have been quite remarkable and are set to increase greatly in the coming years. We’re also seeing households selling their second cars, because they realise that the e-bike, and especially cargo bikes, can cover a lot of their needs at a fraction of the cost, without pollution.

That kind of change, together with upgrades in city infrastructure to support safe cycling, leads to a real shift in mindset and behaviour that lasts.

What is it about e-bikes in particular that people like, why not take a regular bike?

Having an electric assist on a bike really encourages people to get started with cycling to work or around town. It’s like a stepping stone, and it means you don’t arrive at work exhausted and needing a shower. People still get stronger, healthier, and start their day at work more alert and engaged.

And there are other e-bike sectors too, not just commuting?

That’s right, and with these areas electric assist has other benefits. Clearly with cargo bikes, battery power simply makes a lot more possible in terms of how much weight can be loaded and moved. For delivery and logistics providers this is enabling new business models and ways to operate.

We don’t have a cargo bike in our range yet, but we will do in the future. It’s clear that these cargo bikes have a great role to play in clean last-mile logistics in the future.

What is needed to encourage more cycling?

We certainly need new rules, and new solutions for bikes in urban areas. That’s the main problem – the infrastructure. Most cities just aren’t built for high volumes of cyclists on the roads.

Fortunately, we know what’s needed and how good solutions look and function. Denmark has been one step ahead of this for years, with highways for bikes. It’s like a motorway for e-bikes and regular bikes and it’s fantastic. The Netherlands have some similar infrastructure, and this is exactly what is needed. We know from many studies that when you get this infrastructure in place, it has a huge impact on encouraging people to adopt cycling in place of cars or public transport.

As for rules, I’d add that we need for people in vehicles and pedestrians to know how to act when there are so many bikes around – it requires particular way of thinking and sense of awareness. Cyclists also need to be mindful of course.

What is in the future for e-bikes?

It’s quite clear that e-bikes can have a tremendous positive impact on cities, in terms of reducing congestion and pollution, and ultimately carbon emissions. I think that politicians, cities and states, need to recognise this and realise that investing in bike infrastructure, and support for e-bikes, is really a very effective way of meeting sustainability targets. It’s also one of the lowest costing, and most cost-effective approaches we have for a clean future. If this happens and we embrace the benefits of bikes, then I think we’ll see a very bright future for e-bikes.

Just look at the Netherlands, where they are selling more e-bikes than traditional bikes – we’re sure to see this happen in other parts of the world too.

We’ve only scratched the surface of what e-bikes can do for society. I also believe we will see much more innovative projects involving batteries and motors on bikes. Our portfolio alone contains a lot of new creative solutions for different market segments…this is the future for the bike industry. 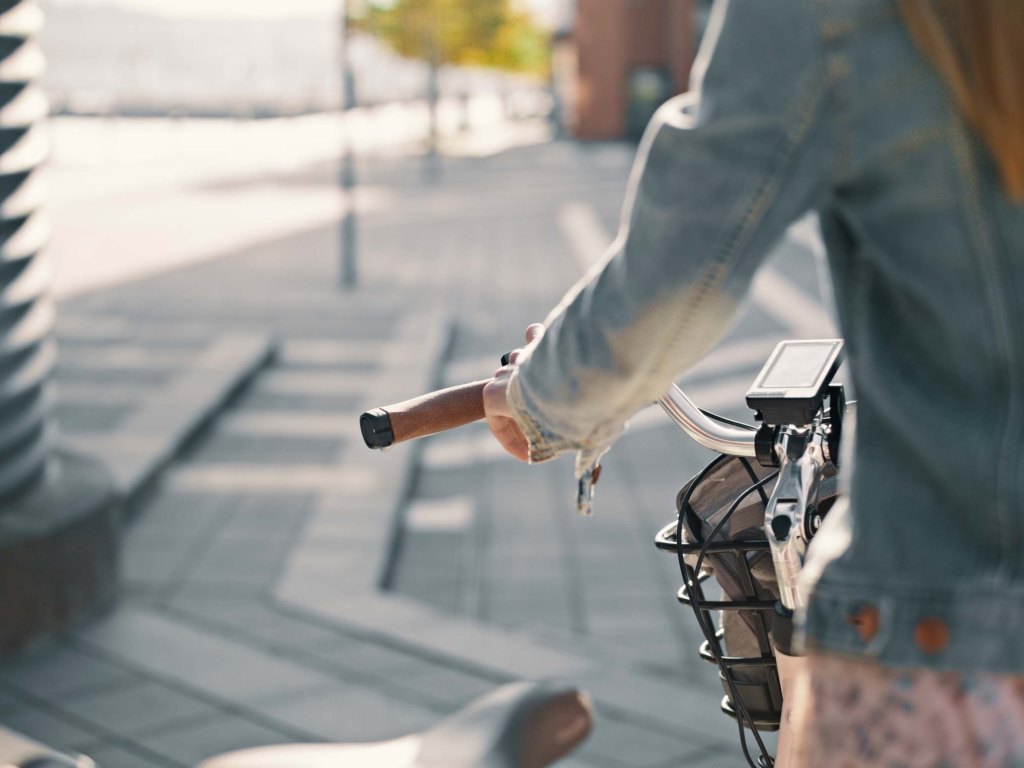